TL;DR: This post has been contributed by Sylabs intern Sushma Yellapragada (pictured below). Sushma is in the final year of her undergraduate program in computer science and engineering at The NorthCap University in Gurugram, India. Here she provides her take on being a Diversity Scholarship recipient for the recent KubeCon+CloudNativeCon. 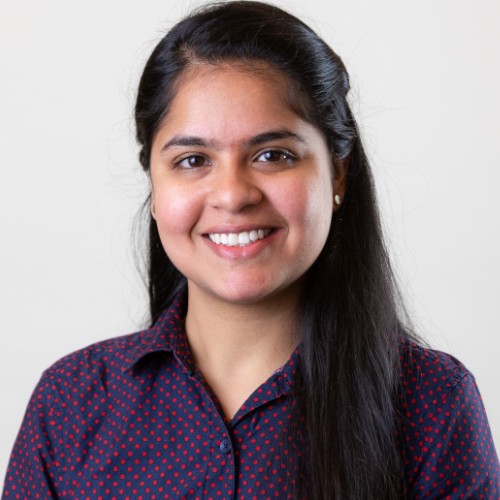 The KubeCon+CloudNativeCon which is CNCF’s annual conference for Open Source and Cloud Native communities was held in Barcelona this year from May 20-23. Although it wasn’t my first time attending a technical conference, it was the first Linux Foundation event and definitely the biggest Open Source-oriented conference I’d been to. With more than 8000 people in attendance, the conference mainly revolved around the Kubernetes Project – a Container Orchestration platform and had enough to cater for various communities, technologies, and skill sets of the attendees. I was fortunate to be one among the 40 Diversity Scholarship recipients each of whom had an interesting story to tell through our round table discussions, and hands-on Kubernetes and Pair Programming sessions.

My motivation behind applying for the Conference was to understand the hype around Kubernetes, its use cases, and Cloud Native technologies, i.e., applications being packaged as containers and deployed as microservices on Elastic infrastructure, all of which sounded nearly impossible when taking classes at the University. Given the exciting fact that Sylabs announced the Singularity CRI project that enables native integration between Singularity containers and Kubernetes, I decided it was the right time and right place to get introduced to Kubernetes and understand how businesses are leveraging this technology.

Everyday the sessions would start with Keynotes and Lightning Talks from companies like Google, VMware, IBM, and Microsoft about autoscaling, security, server meshes, transforming enterprises, sharing project updates, and taking guesses on what all of this would look like in 5 years. One of the workshops I attended was about Building applications with Kubernetes and Istio which made it easier to bind services like Blockchain and IoT. Through other sessions, I was familiarized with Large Scale Deep Learning, GPU Machine Learning, etc. In simple words, everything’s cutting edge!

A lot of inspirational figures widely known in the Open Source Community were attending the conference. Maintainers and Ambassadors of projects like Jaeger, Vitess, gRPC, and CNI actively participated in Networking and Mentoring sessions. I was happy to meet people who shared my interests in Containers, HPC, and Compute-driven workloads and was excited to share how Singularity was enabling Compute through cloud and out to the edge.

You can never miss the Exhibit Hall Showcases – the place to network with fellow attendees, sponsors, wider community members, and hundreds of companies that put on Demo shows and provide first hand experience of their products, not to mention the cool swag, food & drinks at the booths! Lots of other fun activities including Marathons, Mental exercises, Yoga, Raffles, and Scavenger hunts kept all of us entertained. It was surprising to see non-tech companies like Adidas, Cookpad, and Spotify talk about hot technologies.

If there’s something I realized during the whole experience, it was the idea of how technology really keeps each one of us strongly connected. There can never be Tech Giants without small-scale businesses, challenging projects aren’t fully successful without an inclusive team, and products only really benefit by serving diverse markets!

Our Most Productive Year Ever? 5 Ways Sylabs Strengthened its Container Leadership in 2022.

What a difference a year can make; after a couple consecutive years of pandemic-related uncertainties, the world has finally turned the page. And as we kick off 2023, the team at Sylabs couldn’t be prouder of all the progress we made with everything from new offerings...